Carpets are an absorbent textile that can act like a sponge absorbing various substances which are spilled on the carpets or are exposed to such as air pollution.

When substances absorb into the carpets fibres and its construction they can become a persistent and difficult to remove odour.

Most odour issues in carpets can be resolved or improved with a general Steam extraction clean. The Steam cleaning method can flush out and extract various types of substance which may cause odours and mal odours caused by bacterial action and VOC off gassing from chemical agents.

More serious odour control issues are quite common with carpets in Auckland and they may require more than a general cleaning method to resolve.

Here are a few common odour conditions in Carpets which EcoSan helps our clients fix.

Pet urine such as from Dogs and Cats can cause serious odour problems in carpets both with synthetic carpets such as Nylons, Triexta and woollen carpets in Auckland.

Urine is a complex substance which goes through various changes after being deposited in the carpet. These changes which occur are responsible for the offensive odour which can fill the airspace of the home.

Urine begins as an acid substance which when exposed to the carpets can damage the fibres and discolour the dyes particularly Woollen carpets, Cotton floor coverings, Wool rugs, and Goat hair oriental rugs can be harmed by the strong acids.

The persistent and foul odour is caused later when the urine in the presence of bacteria begins to metabolise and breakdown. Strong and volatile ammonia is off gassed into the airspace and can fill the rooms of the house.

The urine eventually metabolises from an acid into an alkaline. This process will further depreciate the dyes in natural fibres. As the urine changes, the acids become solids morphing from a liquid and forming sharp crystals of Uric Acid.

Gravity tends to take the urine as a liquid form down deep into the carpets pile, often DIY cleaning to mop up the urine or treat it with a chemical often an antibacterial to control the eventual odour issue inadvertently assists the urine to reach deeper into the pile and into the carpet construction and backing material. It is not unusual to find urine has passed through the carpet and into the underlay/cushion under the carpets.

Steam Cleaning for Urine in Carpets

Hot water or Steam extraction method is the best way to remove urine contamination from the [Nap] visible carpet fibres. The Steam extraction Method for cleaning carpets will flush out contaminants such as urine and leave the nap free of foreign substance. However when urine has made its way deeper in the pile into the carpets backing material or the underlay, further treatment may be required.

Chemical neutralisers may be required to control residual urine and its odour causing characteristics. Specialised chemistry using antimicrobial agents to control the bacteria associated with the odour, Oxidising agents may be utilised to kill bacteria and destroy Uric Acid Crystals [Salts], odour absorbing chemistry and Ionic charged chemistry to reduce to bind Uric Crystals use to fix to the carpets fibres and construction making them easier to extract.

Milk and other dairy products such as yogurt can quickly cause an offensive smell. Dairy products are a rich food source for bacterial caused malodours. These substances absorb into carpet materials and may require professional cleaning to fully extract from the carpets pile. To fully resolve odour caused from these products, the spilt protein needs to be fully removed as just a little left behind will continue to smell.

EcoSan solutions will utilise protein digesting enzymes to break down dairy product proteins and flush out the remnants using the Steam extraction method. The carpets will be free of the dairy product and the odour will dissipate.

Fresh Wine may smell nice in the glass but when spilt on the carpet it can leave a distinct fermenting odour which most people don’t feel so content about. EcoSan Solutions occasionally is called to extract and deodorise carpets to remove the stinky smell of off wine. Usually this is the result of a white wine spill.

Thankfully due to the presence of alcohol in the wine, it is unlikely to become a serious odour issue although eventually the alcohol content may evaporate – usually a decent Steam extraction of the carpets is enough to resolve this issue. 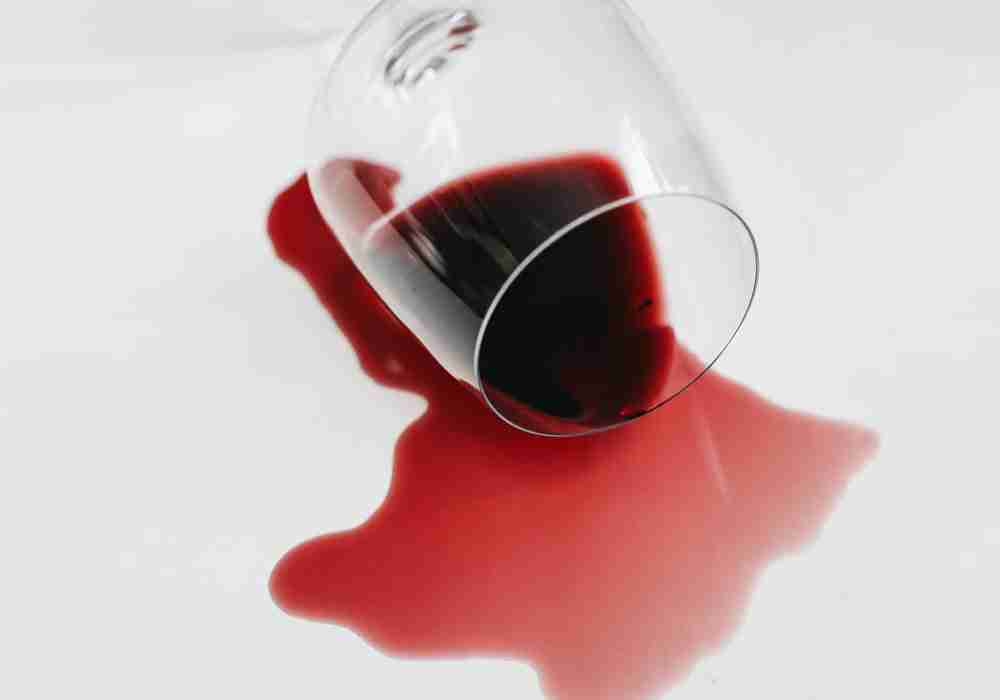 Microbial such as Mould and Fungus

When carpet textiles are exposed to prolonged moisture such as a result of flooding, leaks, heavy spills and repeated cleaning methods, microbes may grow within the carpets textiles. Microbial activity does not become an issue overnight and can take several weeks to develop. When a leak has occurred or carpets become over wet for some reason often the carpets may feel dry however deep down in the carpet or the underlay and sometimes the flooring underneath may still be wet or damp.

This process can cause a musty stale odour which can become more presentable during warmer and humid weather conditions.

Mould and fungus spores can be cleaned and killed by various methods however it is best to call a professional as early as possible to avoid the need to replace the carpets or underlay as certain types of Mould and fungus are a health issue.